You are using an outdated browser. Please upgrade your browser to improve your experience.
by Brent Dirks
April 1, 2013
While we all know popular RSS app Reeder will continue to live on after Google Reader’s demise on July 1, developer Silvio Rizzi has announced some good news for fans who have never downloaded the iPad or Mac version. Both apps will be updated to version 2.0 in the coming months to add all of the features of the iPhone edition. But until then, Reeder for iPad and Reeder for Mac will be free. Late last month, we reported that the iPhone version of Reeder will depend on Feedbin and add support for standalone/local RSS in an experimental phase. Those features will be included in the next update, version 3.1, which should be ready “soon” according to the same blog post. Rizzi is also planning on adding more services to choose from in the future. Reeder for iPhone is still $2.99 in the App Store. Feedly is also trying to offer a new home for displaced users of Google’s service. Along with introducing an update to its iOS app, the company said it has added more than 3 million users since the Google Reader announcement. 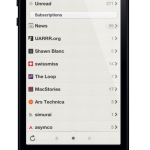 Reeder To Use Feedbin And Other Sources Following Google Reader's Exit 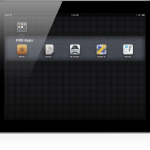