You are using an outdated browser. Please upgrade your browser to improve your experience.
by Bryan M. Wolfe
July 19, 2013
Apple is likely to release the next iOS 7 beta on Monday, July 22. As has become standard practice, iOS 7 beta 4 would launch exactly two weeks after the current beta arrived via Apple’s Developer site and over the air (OTA). Unlike the previous two versions, iOS 7 beta 3 was mostly filled with bug fixes and other minor tweaks. As Brent Dirks first noted, the version included new app download animation, a keyboard change in mobile Safari, and the elimination of battery charging animation. The iOS 7 beta 3 also included the current time while music is playing on the lock screen, Calendar and Accessibility changes, and a new animation for the pull-to-refresh gesture in Mail. Finally, iOS 7 beta 3 included bolder text, and a larger search box. We don’t expect to see any major changes in iOS 7 beta 4. However, it would be nice were Apple to begin releasing iOS 7 beta versions of non-native apps such as iBooks, iMovie, and GarageBand. For now, even for developers, these apps remain stuck in Scott Forstall’s skeuomorphic world, which includes wood-paneled shelves, and flashing marquees. See also: When We Should Expect New iPhones, iPads and Macs, Apple's iOS 7 Beta Hints That Slow-Motion Recording Could Launch With The iPhone 5S, and Could Offline Dictation Be Heading To iDevices In iOS 7? 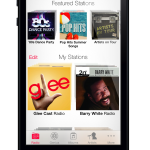 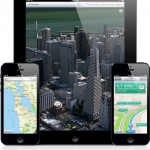 Apple Buys Locationary To Improve Business Listings In Maps
Nothing found :(
Try something else