You are using an outdated browser. Please upgrade your browser to improve your experience.
by Joe White
August 1, 2013
Apple is said to have fixed a powerful charger-based hack, which previously allowed iDevices to be compromised by hackers using a modified power charger in under a minute. The proof-of-concept hack was demoed by its developer at the Black Hat 2013 conference, at Caesars Palace in Las Vegas, Nev., who explained ahead of the event:

In this presentation, we demonstrate how an iOS device can be compromised within one minute of being plugged into a malicious charger. We first examine Apple’s existing security mechanisms to protect against arbitrary software installation, then describe how USB capabilities can be leveraged to bypass these defense mechanisms. To ensure persistence of the resulting infection, we show how an attacker can hide their software in the same way Apple hides its own built-in applications.

Now, however, Apple notes that it has fixed the security flaw in iOS 7 beta 4, meaning that once the seventh iteration of the company's mobile operating system becomes available, iDevices will no longer be susceptible to the so-called "malicious charger hack." Reuters explains that the problem has indeed been "fixed in the latest beta of iOS 7, which has already been released to software developers." Apple spokesperson Tom Neumayr said: "We would like to thank the researches for their valuable input." Of course, this is good news for iDevice users, though it does leave one wondering how many more undiscovered security flaws exist in Apple's iOS. That being said, the mobile operating system is nevertheless a whole lot more secure than Google's Android. As Phil Schiller famously said back in March: "Be safe out there." See also: O2 UK Announces 4G LTE Price Plans: Launching Later This Month, Oink, Oink! Angry Birds Spinoff Bad Piggies Is Apple's Free App Of The Week, and The Tides Are Rising In Kingdom Rush Frontiers' First Content Update. 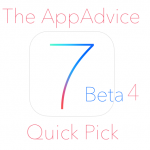 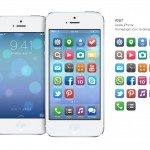 Still Not Loving Apple's iOS 7? Take A Look At These Design Alternatives
Nothing found :(
Try something else