You are using an outdated browser. Please upgrade your browser to improve your experience.
by Brent Dirks
August 16, 2013
French repair outfit MacBoutic has gotten its hands on photos of the purported gold iPhone 5S, in all of its gaudy glory. Even though the site admits to deliberately blurring out the Apple logo and all of the other information on the back chassis, the photos look very legitimate. The gold color scheme is apparent even in internal parts that wouldn’t be touched by an aftermarket service like AnoStyle. We first heard rumors about a gold color choice for the next-generation handset back in June. A few pictures of smaller gold parts, like the SIM card holder and volume buttons, have also appeared online. And earlier today, we reported that respected analyst Ming-Chi Kuo predicted the gold color scheme for the iPhone 5S right along with a model sporting 128GB of storage capacity. The new handset is widely expected to be unveiled at an event on Tuesday, Sept. 10 and will be placed on sale shortly after. While I’m all for new color selections for the new iPhone, I think gold is a horrible choice. I couldn’t agree any more with my colleague Bryan M. Wolfe, who earlier said that a gold-colored handset would be a bad idea. I’d much rather choose from the classy color schemes of the purported iPhone 5C. [gallery link="file"] 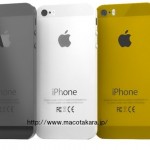 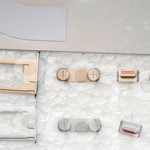