You are using an outdated browser. Please upgrade your browser to improve your experience.
by Joe White
October 3, 2013
There are countless iDevice stands on the market, and some have been reviewed right here on AppAdvice. One new iPhone and iPad stand, however, promises to offer owners an impressive "premium mount" and uses clever suction pads to make this possible. Called eleMount, the product has reached the last day of its Kickstarter campaign, and has already smashed its $10,000 funding goal. As such, backing eleMount effectively serves as a kind of preorder, since the project itself is set to be funded on Oct. 4. (Do note, of course, that there's a big difference between backing on Kickstarter and preordering a product proper.) That being said, eleMount looks like it's worth both the cash and the subsequent wait. Manufactured out of lightweight aluminum and available in either a black or silver design, the iDevice mount-stand uses its own special "elePad" to stick to practically any surface - be it a tabletop, your car's dashboard, a window, or a wall. The product's other elePad, of course, sticks to the back of your iDevice, and the accessory's creator promises that no permanent residue will remain:

elePads are strong so there’s no need for unsightly plastic locks or clamps. These polyurethane pads stick a vast amount of surfaces including Apple and Android devices to make them incredibly versatile and future proof. elePads may look innocent, but they’re packed with technology to deliver a secure and reliable hold that lasts.

Connecting eleMount's two elePads is a ball-and-socket joint, which makes it possible to spin a mounted iDevice through 360 degrees, and one half of the product also unscrews to reveal a camera tripod attachment. Impressive, right? Plus, because eleMount relies on its own elePads as a means of connecting to an iPhone, iPad, or iPod touch, it's compatible with all of Apple's iDevices, and (as far as we can see) it appears to be entirely "future proof," too. Other commenters have argued that eleMount looks like the kind of iDevice mount-stand Apple itself would design, and this indeed appears to be the case: the impressive functionality and design of eleMount makes it a product worth investing in. However, we'll have a full product review of eleMount in the coming weeks, so check back with us. In the meantime, Kickstarter users can back eleMount to secure their own product from $60 (since early-bird offerings have now entirely sold out). But act fast: as of this writing, less than one day of eleMount's Kickstarter campaign remains! See also: Image Of Logitech’s iOS 7 Gamepad Leaks On Twitter, Review: Get Typing With Logitech’s Ultrathin Keyboard Folio For The iPad mini, and Belkin’s New Express Dock Can Hold Any Lightning-Enabled iOS Device. 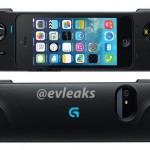 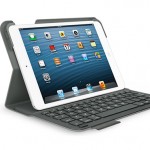 Review: Get Typing With Logitech’s Ultrathin Keyboard Folio For The iPad mini
Nothing found :(
Try something else