You are using an outdated browser. Please upgrade your browser to improve your experience.
by Joe White
October 9, 2013
Apple's iPhone is being used by more than half of the United States' teenagers, according to a recent report. What's more, the smartphone appears to be gaining in popularity, too. Back in 2009, Piper Jaffray's "Teen Survey" showed that the iPod, rather than the iPhone, was the must-buy gadget for America's teens. However, by 2012 one-third of teenagers already owned an iPhone (with a further 40 percent intending to purchase Apple's handset in the next six months). According to Piper Jaffray's Gene Munster, these already-impressive figures have increased again. In its recent Teen Survey, the firm notes that as of fall 2013, 55 percent of U.S. teenagers already own an iPhone, with 65 percent planning on purchasing one of Apple's smartphones in the next six months. Compared with spring 2013, these figures are up by seven percent and three percent, respectively. The iPad isn't doing too bad, either, as the above chart indicates. As you can see, Apple's 9.7-inch tablet computer is being used by some 60 percent of U.S. teens, while eight percent own and use an iPad mini. Though the former figure appears to have fallen compared with last year, it's likely that a degree of cannibalization has occurred, and that iPad users have ditched the 9.7-inch tablet for Apple's smaller alternative. Furthermore, it could be that Apple's anticipated iPad announcements, once unveiled, further encourage U.S. teenagers to purchase one of its tablets. We'll keep you updated on this front with further information as we receive it. See also: Blur 2.0 Lets You Create Custom Wallpapers From Beautiful Flickr Photos, Get Your Draw Finger Ready: iPad mini Confirmed To Have Fastest Tablet Touchscreen, and Call Of Duty: Strike Team Gets Optimized For iPhone 5s Through First Update. 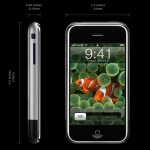 Original iPhone Engineer Offers An Inside Look At The Development Process 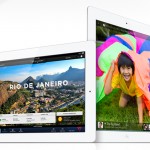 Apple Is Finally Offering Refurbished 128GB iPads
Nothing found :(
Try something else