You are using an outdated browser. Please upgrade your browser to improve your experience.
by Joe White
October 26, 2013
U.S. Cellular, the fifth largest carrier in the United States, has confirmed that it will be offering Apple's iPad Air from Nov. 8. Furthermore, according to a number of reports, several regional carriers in the United States - including C Spire Wireless and Bluegrass Cellular - will follow suit in the coming weeks. Of course, Nov. 8 is just one week after the iPad Air (Wi-Fi + Cellular) model goes on sale with AT&T, Verizon, Sprint, and - for the first time ever - T-Mobile in Apple Retail Stores, the Apple Online Store, carrier stores, and U.S. retailers. The news reached us in a press release published by U.S. Cellular:

U.S. Cellular is also offering subscribers the iPhone 5s and iPhone 5c from the same day. However, besides U.S. Cellular, we're hearing that a number of further carriers in the United States - and particularly, regional carriers including C Spire Wireless and Bluegrass Cellular - could offer Apple's iPad Air in the coming weeks, too. Details, unfortunately, are scarce, though we'll let you know if we hear anything further. Apple's iPad Air launches in a total of 42 countries on Nov. 1, and in the United States prices start at $499. The iPad mini with Retina display, on the other hand, will be available "later in November." See also: Screens VNC Client Updated With Hot Corners Support And Other Improvements, Today's Best Apps: Under Your Skin, LoryStripes And Legend Dary: Classic, and Sony To Launch PlayStation Companion App Ahead Of PlayStation 4 In November. 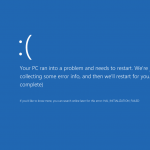 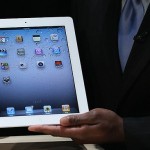 Apple's iPad 2 Theory? If They Still Buy It, We'll Keep On Selling It
Nothing found :(
Try something else