You are using an outdated browser. Please upgrade your browser to improve your experience.
by Joe White
November 17, 2013
Apple has long been a supporter of Bono's (RED) brand, offering special iPods, Smart Covers, and Smart Cases through its retail and online stores which have so far raised more than $65 million for The Global Fund. Now, the Cupertino, Calif. company is offering a new $9.99 album in the iTunes Store that aims to further support the important charity. Called Dance (RED) Save Lives, Vol. 2, and featuring music from artists including Katy Perry, Coldplay, Robin Thicke, and Icona Pop, the album can be preordered in the iTunes Store. Though one track, "Celebrate (Tommy Trash Remix)" by Empire of the Sun and Tommy Trash, is available to purchase now for $1.29 (all other tracks in the collection are album only). Apple notes that 100 percent of proceeds with be donated to The Global Fund, and the album is expected to launch on Nov. 25. Recently, Apple senior vice president of Design, Jony Ive, has been working together with co-designer Marc Newson to create a number of one-of-a-kind items for an upcoming (RED) auction, at Sotheby's. Products that feature in the auction include 18K rose gold EarPods, a Leica camera, and a red Mac Pro, with the latter item expected to fetch between $40,000 and $60,000. http://www.youtube.com/watch?v=OF1ZzrKpnjg

The Global Fund, formed in 2002, is an international financial organization that aims to "attract and disburse additional resources to prevent and treat HIV and AIDS, tuberculosis, and malaria." Product (RED), established in 2006 in part by U2 frontman Bono, aims to raise money for a number of charitable groups, including The Global Fund, through the sale of (RED) branded items. Dance (RED) Save Lives, Vol. 2 can be preordered in the iTunes Store for $9.99. See also: Apple Planning On Integrating iBeacon Technology Within Retail Stores, Boldly Go Where No Sandbox Gamer Has Gone Before In The Sandbox's New Campaign, and Today's Best Apps: Tint Weather And EpisodesApp. 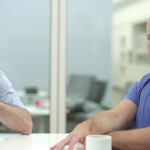 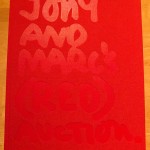 Check Out Jony Ive's (RED) Charity Auction Catalog
Nothing found :(
Try something else