You are using an outdated browser. Please upgrade your browser to improve your experience.
by Brent Dirks
November 15, 2013
Welcome back to our weekly look at the latest and greatest iOS device accessories hitting the market. In this edition, we’re featuring two unique iPhone 5c cases, a waterproof Bluetooth speaker, and the perfect charging accessory for a road warrior. 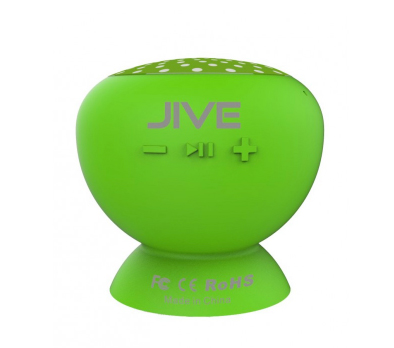 If you just must have music in the shower, take a look at the new Jive speaker from Digital Treasures. Featuring a water-resistant silicone rubber casing, the speaker uses Bluetooth 4.0 to connect to your iOS device. The integrated suction cup allows the Jive to stick on almost any smooth surface. A built-in battery can provide up to four hours of music before needing to be recharged. Music lovers can also conduct hands-free calls thanks to the built-in microphone. Available in five colors – purple, orange, black, blue, and green – the Jive retails for $39.95 and can be ordered from Digital Treasures now.

Slite Card Case for the iPhone 5c from CM4 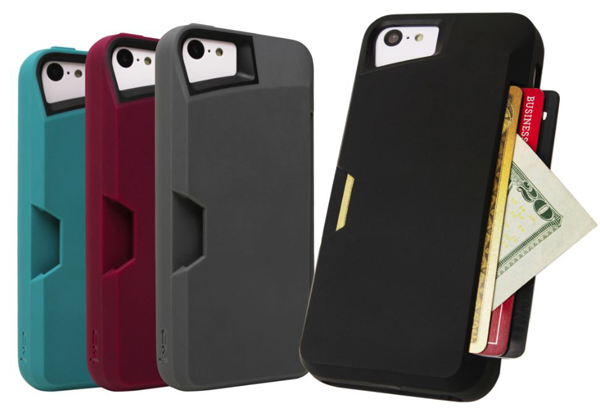 With a built-in wallet, the new Slite Card Case is designed to carry your three most frequently used cards and cash. Everything in the wallet can quickly and easily be accessed with the thumb release. The case can be preordered now from CM4’s site for $29.99. It will ship sometime this month. Buyers can select from a black, gray, green, or purple color of the case. 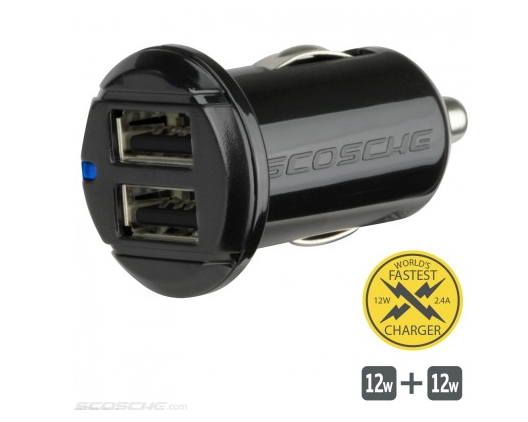 Touted as the first dual 12-watt car charger, the new reVOLT can charge two iPads at full speed simultaneously. Users can also charge any other USB-compatible device while on the go. With a low-profile design, the reVOLT12W+12W should  fit flush in most vehicle power sockets. It is available for $24.99 from Scosche now.

Tiptop for the iPad Air from Acase 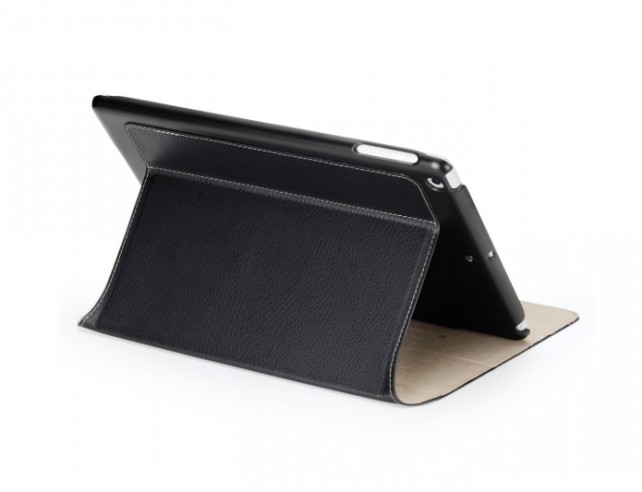 A perfect example of an iPad Air case that won’t weigh you down, the Tiptop from Acase weighs a mere 6 ounces and is only ¼ inch thick. The design allows users to prop the iPad into six distinct angles. A hand strap helps protect your tablet from drops. You can snag the Tiptop at Amazon.com now for $19.95. The case will be in stock later this month.

Continuing its collaboration with Pantone Universe, Case Scenario is offering an interesting new case choice for the iPhone 5c. The Pantone Universe collection is highlighted by a protective bumper that identically matches the five colors of the handset. A transparent cover features a Pantone chip on the bottom, making your iPhone look like a color sample. Available in green, blue, yellow, pink, and white, the case can be ordered on Case Scenario’s site for $25 now.

Jawbone’s New UP24 Tracker Features Bluetooth 4.0 Technology For Wireless Syncing Version 3.0 of the companion app has also hit the App Store and is highlighted by real-time data and coaching. Lioncase Launches New Smart Case-Like Folio Shield For iPad Air Looking for an alternative to Apple's Smart Case for iPad Air? Review: iDevice-Powered Writing Has Never Been Easier Thanks To Livescribe 3 Livescribe 3 marries Apple's iOS with good old fashioned pen and paper writing. The Twelve South BookBook Travel Journal Review How does the new case from Twelve South stack up? Logitech's UE Boom Speaker System Can Now Wake You Up The UE Boom now has a few extra features to brighten your day. Say Hello To The Coburns, A Two Piece Wood Stand For iPad Here's a unique new Kickstarter project called the Coburns. 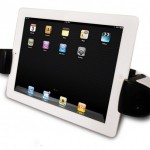 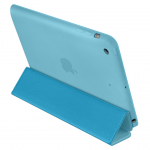 Video: A Closer Look At Apple's iPad mini Smart Case
Nothing found :(
Try something else