Tim Cook said it looked set to be an “iPad Christmas” a few months back, and the latest data from Flurry indicates that this could indeed have been the case. Because activations of iDevices (including the iPhone and iPod touch, as well as the iPad) grew by 2.3 times on Christmas day, according to the research group’s report.

The increase of 2.3 times was compared with the number of iDevice activations placed on an average day in December, Flurry explains. Plus, as per usual, this figure was higher than the number of Samsung’s Christmas day activations, though the gap between Apple and its South Korean rival is indeed narrowing.

Kindle, however, remains king in this respect, seeing a 24 times bump on Christmas day compared to a typical December day, Flurry’s report adds:

In each of the past three years, Apple has experienced a larger Christmas lift than Samsung; however the gap between them narrowed this year compared to previous years. While the magnitude of the Christmas increase is smaller for these manufacturers than for Amazon, their baseline level of activations is so large that even a doubling of daily activations on Christmas (1.9x for Samsung and 2.3x for Apple this year, according to our data) represents a large number of devices.

But remember, of course, that this doesn’t mean Kindle is outperforming Apple- and Samsung-made devices. For one, Kindle products are less expensive than iDevices or Samsung’s Android-powered smartphones and tablets, and as such Amazon’s e-readers and tablets are more common Christmas gifts.

For another, iDevices already see a huge number of daily activations outside of the Christmas period; an increase on this figure, however small, is therefore more of a bigger deal.

It’ll be interesting to see exactly how many iDevices Apple sold over the holiday season. Because with two new iPhones and two new iPads available in Apple Stores, most are expecting revenue from this quarter to be particularly impressive.

In the meantime, see: Give Your Legacy iDevice The Look And Feel Of Apple’s iOS 7 With Whited00r 7, BitTorrent Sync File-Sharing App Updated With Passcode Lock Protection Plus Fixes, and Day 5 Of Apple’s 12 Days Of Gifts Offers iDevice Users The Movie “Hugo”. 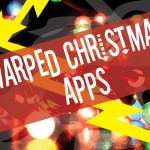 Satisfy Your Inner Grinch With Some Slightly Warped Christmas Apps 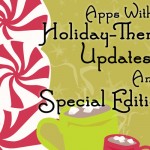 Great Apps With Special Holiday Themes And Editions Are Here To Spread Christmas Cheer
Nothing found :(
Try something else