Square Enix has dropped the price of its popular iOS game Bloodmasque, in celebration of the application's 500,000th download. The app usually carries a price tag of $6.99 and is optimized for the iPhone, iPad, and iPod touch.

Bloodmasque first launched in the App Store back in July, and it turned heads because of its clever face-import feature, which allows iDevice users to snap a selfie and create a vampire or werewolf character that accurately resembles their own physiognomy. It's possible to add “pleased” and “angry” expressions, too, in order for your character to react more believably throughout the app.

The game then also received a significant update in November adding additional content in the form of “The Hunter's Gauntlet” - a new game mode. Performance improvements were made at the time, too.

In the application's release notes, however, the developer-publisher Square Enix now explains that Bloodmasque is available to install free of charge in celebration of its 500,000th iOS app download. The promotion runs through until Dec. 16, and also coincides with an update adding a number of new features to the application.

If the price tag meant you held off from downloading Bloodmasque back when the application launched, be sure to grab the game while it's available free of charge. As mentioned, the promotion is going to be live up until Dec. 16.

Bloodmasque is available free of charge in the App Store (usually $6.99), and is optimized for the iPhone, iPad, and iPod touch. 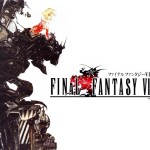 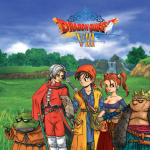 Square Enix To Bring Dragon Quest VIII To iOS, But There's A Catch
Nothing found :(
Try something else