You are using an outdated browser. Please upgrade your browser to improve your experience.
by Aldrin Calimlim
December 31, 2013
Apple is inviting everyone to ring in the new year with a well-timed free download offer from its 12 Days of Gifts app. The app has just entered its sixth day. And seeing as the new day coincides with New Year's Eve, Apple has seen it fit to offer, at least in the U.S., none other than "New Year's Eve Mix" by the popular Swedish DJ and remixer Avicii. Released a couple of weeks ago, "New Year's Eve Mix" includes a mix of Avicii's "Hey Brother," "You Make Me," and "I Could Be the One." It also comes with the official video of "You Make Me." Previously priced at $4.99, "New Year's Eve Mix" is currently free to download via the 12 Days of Gifts app or directly from the iTunes Store. Apple’s 12 Days of Gifts is available in the App Store for free. It’s compatible with iPhone, iPod touch, and iPad running iOS 7.0 or later. Apple previously offered the following "gifts" through 12 Days of Gifts: Justin Timberlake's iTunes Festival EP for day one, the "One Upon a Time" pilot and Tiny Thief for day two, "Lonely Planet's Best in Travel 2014" for day three, Toca House for day four, and — undoubtedly the best offer yet — Martin Scorsese's "Hugo" for day five. 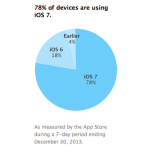