This Thanksgiving, Americans spent a lot of time using mobile applications on their smartphones and tablets. In fact, figures for 2013 were up 68 percent from last year, with some 1.3 billion app sessions logged over Thanksgiving weekend alone.

It's not all bad news though, and the data, which reached us from app analytics firm Flurry, isn't necessarily indicative of a decline in human interaction. Because on Thanksgiving day, even though a huge number of mobile app sessions were indeed logged, 50 percent of these sessions came from “media” applications (“music, photography, video, and movies”), suggesting that folks were using their iPhones and iPads to snap pictures, share videos, and play music together. Indeed, this year (as with last year), the popular photo-sharing app Instagram reported a record day for Thanksgiving.

On the other hand, however, 35 percent of app usage on Thanksgiving came from gaming applications; 26 percent appeared from shopping-related mobile apps.

As Flurry explains, however, this doesn't mean less people used their smartphones and tables to shop this year:

For obvious reasons, shopping apps consistently spike over the Thanksgiving period. Interestingly the bump this year wasn’t as large as the one last year; however that should not be interpreted to mean that enthusiasm for shopping apps is waning. On the contrary, between 2012 and 2013, overall use of shopping apps in the week before Thanksgiving grew by about 70%, so the 2013 Thanksgiving spike comes on top of a higher baseline usage level.

It's definitely a fascinating study, and if you're interested in seeing how people used their iPhones and iPads over Thanksgiving, we'd recommend you check out Flurry's article. 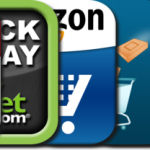 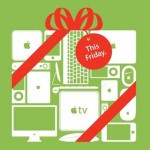 Apple's Black Friday Plans For Retail Stores Come Into Focus
Nothing found :(
Try something else