You are using an outdated browser. Please upgrade your browser to improve your experience.
by Joe White
December 1, 2013
More evidence of the iPhone's continuing success in Japan has surfaced online. Because according to recent data, models and carrier iterations of Apple's iPhone 5s and iPhone 5c have seen the smartphones collectively take up nine out of the nation's Top 10 smartphone sales rankings. The news comes from Japan's Business Computer News (BCN), and reached us from AppleInsider. BCN monitors weekly sales for smartphones in Japan, assigning each a ranked position; as you can see in the above image, Apple's iPhone 5s (32GB) carried by SoftBank is presently the nation's most popular handset. In fact, the 32GB iteration of the iPhone 5s takes the top three positions, with the NTT DoCoMo and KDDI models ranked at No. 2 and No. 3, respectively. The remaining positions, from four through nine, are taken up by other iterations of the iPhone 5s and iPhone 5c. Not long ago, towards the end of November, we explained that Apple's new iPhones made up a huge 76 percent of all new smartphone sales in Japan. The news came after the iPhone market in Japan overtook that of the United States, and followed the important move of Apple's smartphones launching with NTT DoCoMo, the nation's largest carrier. The launch of Apple's iPhone with NTT DoCoMo has served Apple in two particular ways. First, and most obviously, the availability of its smartphone with the carrier has further encouraged subscribers to choose the handset; more than 60 million customers have long chosen NTT DoCoMo in Japan, and from Sept. 20 this demographic had access to the iPhone 5s and iPhone 5c. In addition to this, however, an NTT DoCoMo iPhone also disrupted Japan's wireless market, to an extent. Because all three of the nation's "big" carriers were offering the handset, each partook in more fierce competition against the other in a bid to score subscribers during the days, weeks, and months following the new iPhones' launch. The so-called "carrier wars" in Japan even resulted in the iPhone 5s going free on contract. Naturally, better deals make the handset more accessible for the consumer, encouraging sales and further boosting Apple's share of Japan's smartphone market into the stratosphere. Our original article explained:

discounts offered by the carriers effectively write off the upfront cost of Apple’s iPhone 5s handset. In addition, NTT DoCoMo is reportedly offering customers “points” when a SoftBank or KDDI handset is traded-in. These points can then be used for NTT DoCoMo products or repairs, and it’s hoped that the scheme will persuade subscribers to sign up with NTT DoCoMo, rather than SoftBank or KDDI.

Though the two markets are indeed different, the success of Apple's iPhone in Japan has been viewed as an interesting prelude to its work in China. For some time, rumors concerning an impending deal with China Mobile - the nation's largest carrier (or, to put it another way, the largest carrier in the largest smartphone market) - have been circulating online. However, the Chinese government's official press agency has now confirmed the launch of China Mobile's TD-LTE network for late-December. As such, most are expecting a China Mobile iPhone to launch soon after. Due to the popularity of low-cost Android-powered handsets in China, Apple's iPhone holds a meagre share of this lucrative market. Could a deal with China Mobile change this? We'll have to wait and see. In the meantime, keep up to date with our AppAdvice International column for all of Apple's work outside of the United States. See also: Apple Supports World AIDS Day By Going (RED) In-Store And Online On Dec. 1, Connect Colorful Dots In A Winter Wonderland With Dots' New Holiday Theme, and Today's Best Apps: Overflow And Tanks Of World War II. 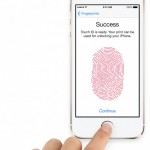 Having Trouble With Touch ID? This Quick Tip Could Help

Apple Stock Takes A Positive Turn, Closes Above $550 At The End Of Black Friday Trading
Nothing found :(
Try something else