You are using an outdated browser. Please upgrade your browser to improve your experience.
by Brent Dirks
December 17, 2013
Google’s new companion iOS app for Glass, MyGlass, quickly appeared and then disappeared from the App Store. According to the release notes, the app allows users to configure and manage their Glass device. Glass wearers can also get directions on the go, screencast what they see on Glass to their iOS device, and add Glassware apps or contacts. But you will have to be invited to shell out $1,500 for the wearable technology, or as the release notes so eloquently stated:

If you don't have Glass, then downloading this will be a waste of time. Sorry about that. Learn more at google.com/glass.

We'll let you know if we hear any word on why the app was pulled and when, or if, it will return. Google Glass is still in an experimental phase. Google is planning on introducing a consumer-oriented version of the product with a much lower price tag in 2014. Led by Glass, and the long-rumored iWatch, a recent report said that the wearable technology category is poised for fantastic growth in the next 5 years with shipments increasing by up to 10 times. For other app news today, see: BBC Updates Its iPlayer Radio App For iOS 7, Adds Improved Support For 4-Inch Screens, The Slice Shopping Companion App Is Now Available On iPad, and Framed Gets A New Trailer, Promises Unique iOS Gameplay Set For 2014 Release. 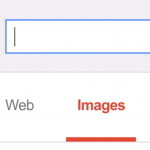 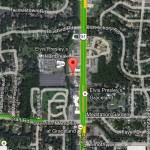 Google Maps For iOS Devices Can Now Show Flight, Hotel And Restaurant Reservations
Nothing found :(
Try something else