The popular to-do application Gneo, which hit the App Store back in October, has received a number of new features, tweaks, and bug fixes in its most recent update.

Now, users of the minimalistic, task-prioritizing application can enjoy a “much-requested feature” - a Calendar selector - according to developer KeaneAndAble, along with an advanced smart notebook filter, the option to delete one’s account in Gneo’s settings, and an improved “Follow Up” button.

But that’s not all. Two tweaks - one made to Evernote sync, and another to recurring Calendar events - mean iDevice users should find Gneo all the more productive and easy-to-use, plus a handful of bug fixes have further improved the stability of the application.

Changes made in Gneo 1.0.5 are outlined in the app’s release notes, and include:

This isn’t the first significant update to reach Gneo, however. Back in November, the application received “a trio of tweaks” thanks to its 1.0.4 update, and as my colleague Brent explained these addressed Gneo’s sync options, completed tasks, and language recognition.

It’s definitely an interesting app, albeit one that presents “a few quirks,” as our original review noted. But given that the app is receiving sustained updates, it seems the developer is committed to further improving how the application runs, which is great to see. If you’re on the hunt for a new iOS to-do application, this could be it. 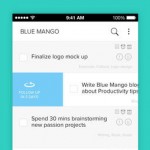 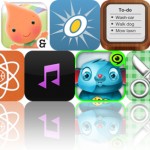