You are using an outdated browser. Please upgrade your browser to improve your experience.
by Aldrin Calimlim
December 12, 2013
Facebook has just updated its flagship iOS app with support for auto-playing videos. Three months ago, the social networking giant announced that it was testing an auto-playing feature for News Feed videos on mobile. Well, like it or not, this so-called feature has finally made its way to Facebook for iOS. Now, when you scroll to a video on your News Feed or on any other feed-type page, the video automatically starts playing. Note, though, that the video initially plays sans audio. To play it with sound, just tap on it, whereupon it also begins to play in full screen. Of course, if you don't want to watch a video, just scroll past it. Videos can be set to auto-play on Wi-Fi only via Facebook's settings section in the iOS Settings app. But as in Facebook's Instagram following the photo- and video-sharing app's update a couple of months ago, auto-playing videos cannot be completely disabled in Facebook's main iOS app. Apparently, this is so that advertisers can get the most bang out of the buck they're going to be spending in exchange for Facebook video ads. According to a report from late last October, auto-playing video ads are expected to appear in Facebook's mobile apps sometime next year. Also including some bug fixes, the new, auto-playing version of Facebook is available now in the App Store for free. The app is compatible with iPhone, iPod touch, and iPad running iOS 6.0 or later. 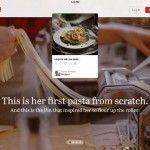 Pinterest For iPad Redesigned For iOS 7, Updated With Secret Boards And Other Features 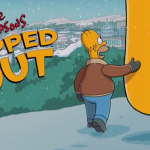 Holiday-Themed Surprises Await In The Simpsons: Tapped Out's Latest Update
Nothing found :(
Try something else