You are using an outdated browser. Please upgrade your browser to improve your experience.
by Brent Dirks
January 14, 2014
Teaming up with developer Gameloft, IGN is offering Modern Combat 4: Zero Hour as its Free Game of the Month. The universal game, designed for the iPhone/iPod touch and iPad/iPad mini, usually costs $6.99 in the App Store. But head onto over to IGN’s site to claim your free promo code. You’ll need to follow all of the directions on the page. If you want to snag the game, you must be located in one of these 44 countries: United States, Algeria, Armenia, Australia, Austria, Bahrain, Belarus, Belgium, Canada, Chad, Denmark, Egypt, Finland, France, Germany, Hong Kong, Indonesia, Ireland, Italy, Jordan, Kazakhstan, Kuwait, Lebanon, Luxembourg, Malaysia, Netherlands, New Zealand, Norway, Oman, Philippines, Portugal, Qatar, Russia, Saudi Arabia, Singapore, Spain, Sweden, Switzerland, Taiwan, Thailand, Tunisia, Ukraine, United Kingdom, and Vietnam. Promo codes will be available on a first-come, first-serve basis, so hurry up and grab one if you want a copy of this fantastic FPS. The game first arrived in the App Store in late 2012. A major update, called Meltdown, arrived for the title in summer 2013. That brought new specialization, maps, weapons, and multiplayer modes. And if you’re still waiting for the next game in the series, Modern Combat 5, to finally make an appearance, you’ll need to be patient. Back in October, Gameloft announced that the title will launch sometime this year. For other app news today, see: Evomail+ For iOS 7 Launches With A New Look And More Features, New Horizon Camera App For iOS May Just Be The Cure For Vertical Video Syndrome, and Slayin To Get Big 2.0 Update Next Week, New Trailer Hits The Web. 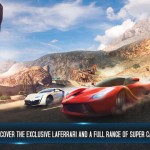 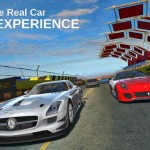 Gameloft's GT Racing 2: The Real Car Experience Zooms Into First Ever Update
Nothing found :(
Try something else