You are using an outdated browser. Please upgrade your browser to improve your experience.
by Aldrin Calimlim
February 1, 2014
Major League Baseball (MLB) is not the only high-profile sports organization to take advantage of iBeacons. As it turns out, the National Football League (NFL) is also planning a large-scale use of Apple's increasingly popular location-sensing technology. As reported yesterday, MLB is set to install 100 iBeacons each in 20 ballparks by Opening Day at the end of March, in time for the new season. For its part, the NFL has already put a number of iBeacons in place at Times Square and MetLife Stadium, the venue for Sunday's Super Bowl. According to a new report by The New York Times, the NFL intends to use its iBeacon rollout in guiding fans in and around "the big game" and advertising to them through special alerts:

For now, the alerts are mostly limited to practical news (like the nearest entry gate) or promoting in-store sales (say, for your favorite chocolate) in the first wave of establishments using it. 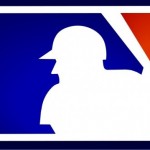 Major League Baseball Preparing To Launch iBeacons Ahead Of Opening Day
Nothing found :(
Try something else