You are using an outdated browser. Please upgrade your browser to improve your experience.
by Aldrin Calimlim
January 18, 2014
An uncanny card battle game has just emerged in the App Store. And it's none other than X-Men: Battle of the Atom. Announced in July last year, X-Men: Battle of the Atom is based on the comic book crossover event of the same name. Launched in September, "Battle of the Atom" is a 10-part comic book series that sees the X-Men traveling through time to call on allies from the past and future, but unleashing some of the greatest villains of all time in the process. In X-Men: Battle of the Atom, you play through single-player missions as some of the most popular X-Men from different timelines, including Wolverine, Storm, Iceman, Kitty Pryde, Beast, and Rachel Grey. The game also lets you assemble the ultimate uncanny team to engage in multiplayer 20-vs.-20 real-time battles. If you can't see the video embedded above, please click here. X-Men: Battle of the Atom is available now in the App Store for free. It's optimized for iPhone and iPod touch running iOS 5.0 or later. For more notable card battle games, check out Square Enix Soft-Launches Tomb Raider Card Battle Game Lara Croft: Reflections, Magic 2014 Updated With New 'Enchanter's Arsenal' And 'Up To Mischief' Decks, and Injustice: Gods Among Us Gets New Playable 'Super' Skins And Repeatable Challenges. [gallery link="file" order="DESC"] 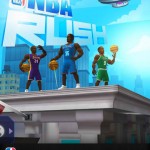 Boomshakalaka! Can You Become The Most Valuable Endless Runner In NBA Rush? 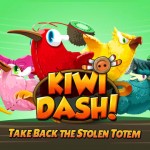 Play As Kiwi Birds And Collect Kiwi Fruits In New Endless Running Game Kiwi Dash
Nothing found :(
Try something else