There have been more than a handful of Touch ID-compatible jailbreak tweaks launching in the Cydia Store following Cydia Substrate’s update for the A7 processor, and most of those offering fingerprint protection for individual iOS apps have come at a price. Now, however, jailbreakers can get a taste of how Touch ID application protection works entirely free of charge.

The new jailbreak tweak, AppScan, aims to replicate the functionality of the similar packages, AppLocker, BioProtect, and BioLockdown. In case you’re not familiar with these other jailbreak tweaks, each one allows iPhone 5s users to lock individual apps (and sometimes even individual iOS app folders) using Touch ID. The three are priced differently, and offer varying degrees of functionality.

Provided you’re willing to use beta software and sacrifice a number of features, AppScan offers Touch ID protection free of charge. You’ll first need to have added a new source to the Cydia application (http://cydia.ryanp.me), and after doing so, AppScan will be available to download.

Once downloaded and installed, much like AppLocker, BioProtect, and BioLockdown, AppScan will require a compatible fingerprint when users attempt to launch locked iOS apps.

You can enable or disable Touch ID protection for individual applications using the built-in Settings app, and the jailbreak tweak can also be outright disabled here, too.

However, before you go downloading AppScan, a word to the wise: due to its beta form, there are a number of vulnerabilities concerning the jailbreak tweak. In particular, it’s possible to access locked applications using iOS multitasking, and the Settings app pane for AppScan doesn’t appear to be Touch ID protected.

Plus, users of Virtual Home and Activator will find that these packages aren’t compatible with AppScan.

These are all problems the developer is aware of, and each one should be fixed in a future update to AppScan. For this reason, jailbreakers aren’t advised to depend on the jailbreak tweak as their one-stop iPhone locking tool.

But if you’re looking to play around with Touch ID protection for individual iOS apps (perhaps before investing in either BioProtect or BioLockdown), AppScan may be of interest.

Here’s hoping the jailbreak tweak gets its much needed improvements sooner rather than later.

As mentioned, AppScan can be downloaded free of charge in the Cydia Store, and it’s optimized for the iPhone, iPad, and iPod touch.

See also: Kobo Books E-Reading App Turns A New Page, Updated To Version 7.0 For iOS 7, New Report Claims Pegatron Could Manufacture Half Of Apple’s iPhone 6 Handsets, and Take Back What Is Rightfully Yours By Drawing Lines In Bulkypix’s Line Knight Fortix. 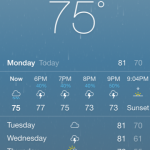 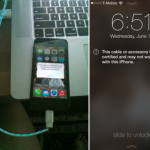 Cydia Tweak: Enable Compatibility With Unauthorized Lightning Cables
Nothing found :(
Try something else