It had been possible to jailbreak iOS 7.0.5 using either a do-it-yourself version of evasi0n7, or one of the modified (but risky) iterations that are circulating online. However, exactly one week after the minor update hit our iOS devices, the evad3rs have released a fix for their free evasi0n7 jailbreak software which adds proper native compatibility for Apple’s iOS 7.0.5.

You can download evasi0n7 1.0.5 from evasi0n.com, and the software is available for both OS X and Windows. If you’re running an iOS 7.0.5-powered device, do remember that an over-the-air (OTA) installation of the mobile OS could cause the jailbreak to break mid-way. If you’re planning on jailbreaking your iOS device under any version of iOS 7, it’s important to pick up a copy of the firmware and restore your iPhone or iPad from your computer, first.

As always, be sure to have created a backup using either iTunes or iCloud before embarking upon the jailbreak process, too.

Considering iOS 7.0.5 makes a number of fixes for Chinese iPhone owners, it could be most of you haven’t bothered updating to the new mobile OS – I know I haven’t – and as such, the process of re-jailbreaking under iOS 7.0.5 won’t be required. Apple is planning a bigger iOS release for next month – iOS 7.1 – however, jailbreakers should avoid this update since it’s known to break the evasi0n7 jailbreak solution outright.

For some of our recent favorite additions to the Cydia Store, be sure to check our articles on iOS 7 LockScreen Weather, TimePasscode, CloseAll, and Mesalation. 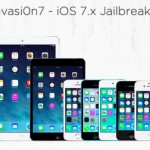 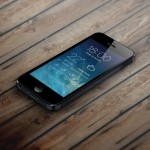 Cydia Tweak: How To Easily Add A Live Weather Widget To Your iOS Lock Screen
Nothing found :(
Try something else