You are using an outdated browser. Please upgrade your browser to improve your experience.
by Joe White
February 28, 2014

It seems Apple has been having trouble getting AirPlay to work properly under Mavericks, and OS X 10.9.2 – Cupertino's rather essential bug-fixing update – appears to be no different. If you either AirPlay content from an iOS device to your Mac computer or AirPlay from your Mac to external hardware, don't be surprised if the protocol isn't working as it should under OS X 10.9.2.

The news comes in a lengthy thread at the Apple Support Communities, where a large number of disgruntled Mac users are discussing how AirPlay is indeed suffering under OS X 10.9.2. The software update, which launched earlier this week, is an important one since it fixes the controversial SSL exploit known to have affected both OS X and iOS.

On the iOS side, iOS 7.0.6 (and iOS 6.1.6) patched the exploit last week, and a jailbreak package even allows users to fix the problem without having to update (and re-jailbreak) their iOS device.

It's essential you download Apple's updates for your iOS and OS X devices. But if you do, it seems AirPlay functionality could be the price paid. As AppleInsider explains:

users are seeing a host of different failures. For example, one user found AirPlay Mirroring was no longer a selectable option in the AirPlay menu.

Others have been able to connect to their Apple TV, but only audio is passed through in these cases. In addition to the mirroring faults, users detail problems wiAirPlay's desktop extension function.

The website was also able to reproduce the problem itself, resulting in “low frame rates, sporadic mouse freezing, and video failures.”

This could be an issue for iOS device users who, like myself, sometimes use AirServer to AirPlay content from an iOS device over to a Mac. I spoke with the folks behind AirServer last year about some of the problems Apple seemed to be having with AirPlay running from iOS, and though the developer had hoped the protocol would be fixed as of iOS 7.1, it seems problems are now emerging on the OS X side, too.

Have you encountered a problem with AirPlay under OS X 10.9.2? 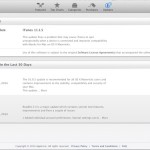 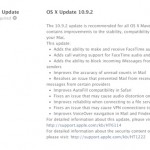