You are using an outdated browser. Please upgrade your browser to improve your experience.
by Brent Dirks
February 14, 2014
Happy Valentine’s Day! Hopefully you’re celebrating the day with someone you love. In our weekly roundup of the latest and greatest iOS accessories to hit the market, we’re featuring a new iPad Air case, along with a number of other nice looking products. 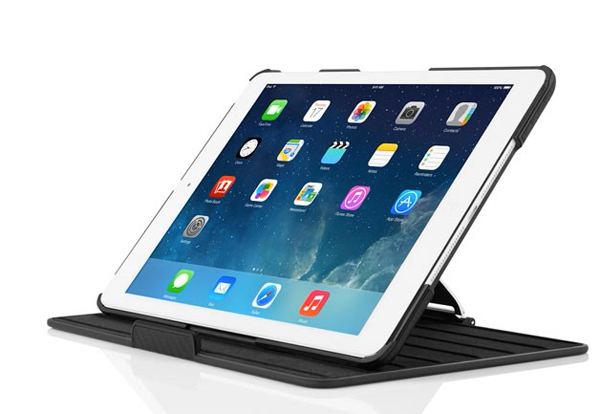 If you’re still in the market for a folio case for the iPad Air, Incipio’s new Flagship Folio looks like an interesting choice. Made with a radio transparent carbon fiber material, the case also offers brushed aluminum detailing. The built-in stand is designed to provide a number of media viewing and typing angles. A plush microfiber lining also protects the tablet’s screen. Available in black, the Flagship Folio can be purchased for $69.99 from Incipio’s site now. 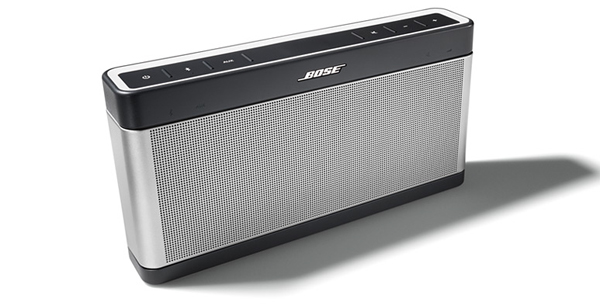 Bose is back with the third edition of its portable SoundLink Bluetooth speaker. Offering up to 14 hours of music playback with its rechargeable battery, Bose says the new speaker is louder and sounds better than previous generations of the speaker. Buyers can also purchase optional accessory covers to personalize the speaker and provide more protection from scratches. A built-in USB port allows for future software updates to ensure ongoing Bluetooth device compatibility. The speaker weighs a little more than 3 pounds and measures in at 5.18 inches high and 10.08 inches wide. The speaker retails for $299.95 and can be purchased directly from Bose now. The covers are an extra $34.95, and buyers can select from a black, blue, orange, green, or pink version. 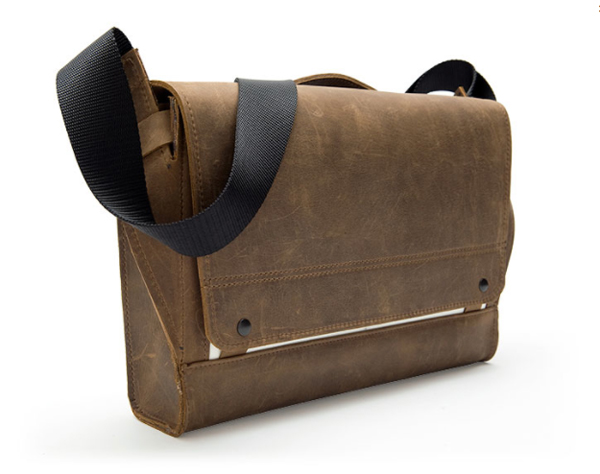 Known for its high-end bags, Waterfield Designs has just announced its new Rough Rider laptop bag. Made with rugged, naturally tanned leather that will develop a patina with use, the bag’s strap system compresses the contents to maintain a sleek profile. Able to hold up to a 13-inch laptop or tablet, along with a number of other necessities, the lined pocket under the flap is a perfect size for an iPad mini or iPhone. The snap-shut flap can be adjusted based on the contents of the bag. A leather handle allows users to quickly pick up the Rough Rider. Available for preorder now on the company’s site, the bag will be available in two weeks on Friday, Feb. 28. It will set you back $335. Buyers can select from one of six different accent colors to customize the nylon under the flap. 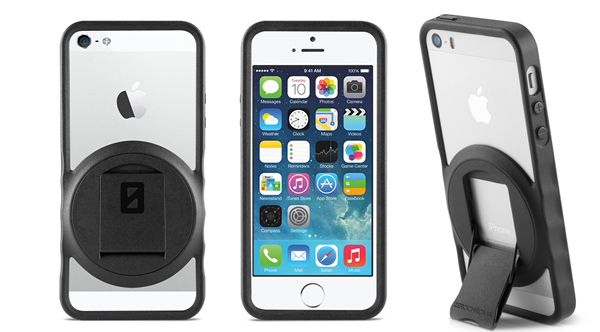 A unique minimalist case from the iPhone 5s/5, the new VarioEdge from ZeroChroma features a 90-degree stand that can be rotated a full 360 degrees in both portrait and landscape mode. With a rubberized and anti-slip grip, the case weighs less than 17 grams. The VarioEdge can be preordered from ZeroChroma’s site now. It retails for $39.95.

Audio+ Wireless Speaker for the iPhone from FAVI 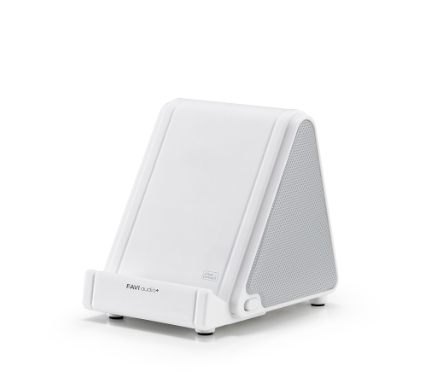 Thanks to special wireless technology, the Audio+ Wireless Speaker from FAVI connects directly to an iPhone without pairing, wireless profiles, or cables. Treble and bass boosters provide enhanced music and voice output. Buyers can choose a black or white version of the speaker. Retailing for $39.99, it can be purchased from FAVI now. The company also has a version of the speaker designed for the iPad and other tablets that will set you back $49.99.

A 5,600 mAH external battery pack, the Neptor NP056K can recharge a dead iPhone up to three times. Featuring both a 1.0A port for smartphones and a 2.1A port for higher drain devices like an iPad, LED lights on the pack show users exactly how much charge is left. Pressing the power button twice will also activate an LED-powered flashlight that never needs to be replaced. Available in a number of bright colors, including orange, red, purple, green, and blue, the battery pack retails for $49.99 and can be purchased at a number of retailers like Amazon.com and Best Buy.

Review: Should You Adopt Romo, The iPhone-Powered Robot? In our latest product review, we meet Romo: the iPhone-powered robot. Stand Up And Take Notice Of Twelve South's New Compass 2 For The iPad Air, iPad mini The compact and portable stand can hold a tablet in either portrait or landscape orientation. The CruxENCORE Case Turns An iPad Air Into A MacBook Lookalike Currently seeking funding on Kickstarter, the keyboard case is less than an inch thick. Bumprz: A Screen-Saving 'Anti-Case' For The iPhone 5s Bumprz is a new "anti-case" for the iPhone that can protect your handset from high drops. The Creators Of Une Bobine Are Back With A New iPhone Accessory Called togoDock The folks behind Une Bobine are back: their new product is called togoDock, and it can be supported at Indiegogo now. 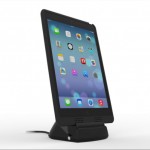 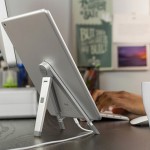 Stand Up And Take Notice Of Twelve South’s New Compass 2 For The iPad Air, iPad mini
Nothing found :(
Try something else