Hacker @iH8sn0w, one half of the two-man team behind p0sixspwn, has been able to jailbreak an iPhone 4s handset under Apple’s iOS 7.1, according to a recent Twitter update. However, though a promising development, the jailbreaker has no plans to work on a public release.

This is the second jailbroken iOS 7.1 device we’ve seen appear online, with the other p0sixspwn creator, @winocm, showing off a jailbroken iPhone 4 running iOS 7.1 last week. Unfortunately, though, much like @winocm – who is set to join Apple as a new employee later this year – @iH8sn0w has no plans of turning his jailbreak into a public release.

As iDownloadBlog notes, he said in a Twitter update: “I don’t have any intentions of working on a 7.1/8 jb atm.”

The hacker also made a point of stressing that any claims of a public jailbreak solution for iOS 7.1 are false. During the period between a new iOS software release and the development of a compatible jailbreak solution, it’s common for scam websites to falsely advertise new jailbreak software. It goes without saying that iOS device users should steer clear of such new, purported jailbreak solutions until you’ve heard about them from a reliable source.

Rest assured, as soon as a public jailbreak for iOS 7.1 surfaces online, we’ll let you know.

In the meantime, jailbreakers who’ve avoided updating to iOS 7.1 in order to preserve their jailbreak should check out our recent coverage of Edit Alarms, Edit Clocks, Colendar, and AnyDrop – four packages which recently appeared on the Cydia Store.

For more of today’s news, see: OptimizeMe Life-Logging App Updated With M7 Integration And Other Enhancements, The Second Episode Of Joe Dever’s Lone Wolf Is Set To Launch On April 3, and Experience A Little Big Adventure With The iOS Release Of A Legendary Game. 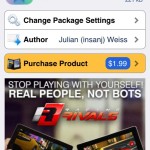 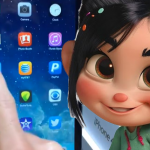 Glitch Removes Apple's Stock Apps From iOS 7.1
Nothing found :(
Try something else