Last week, we heard the next-generation Apple TV could borrow from the design of Google’s Chromecast HDMI dongle. Now, a new concept has provided Apple TV users with an idea of how such a product – which it’s calling the “Apple TV Air” – might look.

Here’s a selection of images from the concept, via Curved.de:

As you can see, the Apple TV Air concept shows off a product that’s smaller than the current-generation Apple Remote, and it features a black plastic design along with a removable cap which protects the HDMI connector.

Much like Google’s $35 Chromecast, the envisaged product plugs into the back of an HDTV set, resulting in an ultra-portable set-top box that remains hidden from view while in use.

In an article published last week, we indeed explained that the next-generation Apple TV is expected to be announced in the near future, and that it would focus on bringing games to the platform. My colleague Bryan Wolfe suggested at the time that the upcoming Apple TV will be a slimmer, smaller product that takes visual cues from Google’s Chromecast or Roku’s Streaming Stick.

How do you like the above concept – do you think it’s an improvement on the current-generation Apple TV?

See also: Jailbreakers Can Now Support The evad3rs With These Official Skins, AppAdvice International: Tax In Britain, The Maps App, China Mobile And More, and Could Apple’s Latest Hire Suggest A Health Program Is Inbound?. 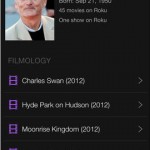 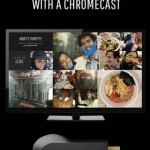 Google Launches Photowall For Chromecast, A New Picture Sharing Experiment
Nothing found :(
Try something else