Hacker @winocm has released a series of utilities which allow iOS device users to create a multi-boot setup on their iOS device. The release comes not long after the iOS hacker showed off an iPad that was able to boot between iOS 5, iOS 6, and iOS 7.

He posted the utilities to GitHub, explaining:

A miscellany of utilities designed to help you bootstrap another operating system on an iOS device. They’re probably crap. You deal with them. No support/warranty implied/given.

As such, achieving a dual- or even a triple-boot setup on your iOS device isn’t something average users are likely going to be able to achieve. For the code-savvy, however, @winocm’s utilites could be a real help.

We first saw @winocm’s triple-boot utility running on an iPad 2 towards the end of March, and the hacker confirmed not long after that he’d be releasing his tools publicly “soon.” This came as a surprise: @winocm is due to begin an internship at Apple later this year, and as such we imagined he’d promptly halt publicly releasing iOS hacks and exploits.

Instead, the hacker has noted that the above release is “one of the last public projects” he’ll push “for now.” Could this mean we’ll see @winocm develop and release the iOS 7.1 jailbreak he also demoed last month?

As a reminder, iOS 7.1 broke a key evasi0n7 exploit, and though both @winocm and @iH8sn0w – the creators of iOS 6.1.3’s p0sixspwn release – have shown off jailbroken iOS 7.1-powered devices, no concrete news concerning a public release has surfaced online. If you’re looking to hold on to your jailbreak, our advice is to steer clear of iOS 7.1. 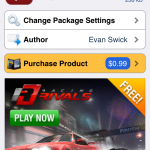 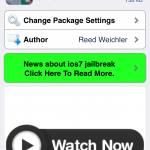