FaceTime has recently suffered a major outage for iOS 6 users, according to a number of reports. Upon contacting Apple for help in solving the matter, Cupertino’s advice is as simple as it is expected: if you’re still running iOS 6, then update to iOS 7.

The news reached us from MacRumors, which draws attention to both a post in its forums and a thread on the Apple Support Communities mini-site. It seems a slew of users running iOS 6-powered devices have been unable to either make or receive a FaceTime call, and the problems are said to date back to April 16.

Users who have had issues have contacted Apple Support and several Apple representatives have recommended an update to iOS 7 to fix the problem.

It seems iOS 7 users remain unaffected by the problem, though a behind-the-scenes fix addressing the iOS 6 FaceTime fault is expected to appear in the immediate future.

At last count, iOS 7 adoption was around 85 percent, however it’s no surprise Apple has used the fault to nudge users towards updating to its iOS 7 software. The updated software – and especially iOS 7.1 – offers an improved user experience, and it seems in this instance that the update also has the added benefit of solving the aforementioned iOS 6 FaceTime fault.

Are you still running iOS 6, and if so, have you encountered the above problem? Perhaps it’s time to visit the Software Update page in your iOS device’s Settings app. 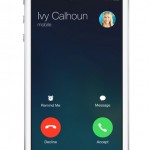 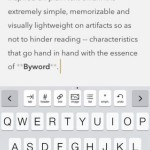 Byword For iOS Gets A Useful Update Adding Keyboard Shortcuts
Nothing found :(
Try something else