Apple’s iTunes Match service has recently launched in Japan and can be accessed for a subscription of ¥3,980 per year, according to an iTunes Match availability Web page.

The move comes following the launch of iTunes Match in a handful of European countries back in December; at the time, Norway, Denmark, Finland, and Sweden gained access to the service.

Now, however, the launch of iTunes Match in Japan continues to see Apple’s international customer base pay a higher premium for the service. Though priced at $24.99 in the United States, current exchange rates mean Japan’s recently launched ¥3,980 iTunes Match costs iOS device users in the country around $39 per year.

Apple’s iTunes Radio, on the other hand, has yet to launch in a large number of international territories – though the service has made recent, temporary appearances in Ecuador, the United Kingdom, and Canada. At the minute, the free iTunes Radio can be accessed in the United States and Australia only.

Japan is proving to be an increasingly important market for Apple, however. Strong sales of the iPhone 5s have recently seen Cupertino’s share of Japan’s smartphone market increase, and iPads are proving equally popular in the country (and are dominating the tablet market in Japan).

See also: First Major Update For Star Wars: Assault Team Brings A New Ally System And More, Use The New Slingshot App To Share Your iPhone Or iPad Screen With Anyone, and Twitter May Soon Bring A Mute Feature To Its Official iOS App. 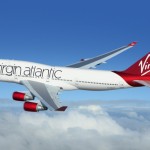 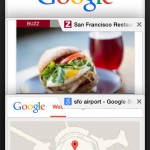 Chrome For iOS Adds Enhanced Omnibox Support For Right-To-Left Languages
Nothing found :(
Try something else