Kantar Worldpanel is out with a new report, noting that during the recent months of January to March, Apple’s iPhone 5s helped the Cupertino, Calif. secure bigger shares of the smartphone markets in several international territories including Europe, Japan, and Australia.

The report, which reached us from TechCrunch, indeed credits the flagship iPhone 5s with helping Apple claw back market share in the three territories. For Europe, Japan, and Australia, Apple’s share of the regions’ smartphone markets increased year-over-year by 0.1, 8.6, and 2.0 percent respectively; you can check out a full breakdown of worldwide smartphone markets in the below table.

Dominic Sunnebo, strategic insight director at Kantar Worldpanel ComTech, said: “Apple regained ground in the first quarter of 2014, primarily due to the strong performance of the iPhone 5S, growing its sales share in Europe, Japan and Australia. By contrast, Windows had a tough start to the year as a result of its entry-level Nokia models facing fierce competition from low-end Motorola, LG and Samsung Android smartphones.”

In the United States, however, Apple’s market share was down 7.8 percent for the period: at the end of the three months, it stood at 35.9 percent (compared with a share last year of 43.7 percent).

Japan’s love affair with Apple shows no sign of fading. Even though the iPhone has now been available on Japan’s largest carrier, NTT DoCoMo, for a number of months Apple still accounts for more than 40% of sales on the network. The success of the iPhone is also filtering through to the iPad, with almost a quarter of Japanese iPhone owners also owning an iPad. With smartphone penetration in Japan lagging well behind Europe and the US, Japan will remain a key growth market for Apple.

As a reminder, the iPhone launched with Japan’s NTT DoCoMo on Sept. 20. Unsurprisingly, the move indeed appeared to encourage impressive iPhone sales in the country during the following months, and as Kantar notes, the popularity of the handset with NTT DoCoMo has continued well into 2014.

It seems that for the United States, on the other hand, the bigger iPhone 6 release that’s expected to appear later this year will help Apple’s share of the U.S. smartphone market increase. The handset should be unveiled in either September or October, and it’s rumored to offer users a larger, sapphire-coated screen, a redesigned form factor, and under-the-hood performance improvements. 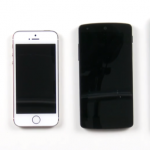 How Do Leaked iPhone 6 Cases Compare Against Other Smartphones? 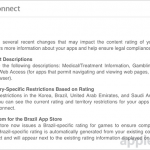 Apple Adds New Content Descriptions And More To iTunes Connect
Nothing found :(
Try something else