You are using an outdated browser. Please upgrade your browser to improve your experience.
by Brent Dirks
May 29, 2014
It sounds like Apple’s push into the smart home market as exciting as first thought. Instead of a brand-new platform, the program will focus mainly on Made for iPhone certification. That’s according to GigaOm, who says Apple wants to tackle the growing problem of fragmentation in the home automation market:

My sources, who spoke only on background because of their involvement or knowledge of the program, explain that the smart home effort will have a heavy focus on connecting devices easily via Wi-Fi and will likely offer voice control via Bluetooth as well. However, it won’t have some sort of software-based automation layer controlled by Apple that supersedes the original apps.

Usually reserved for accessories like chargers, any product with MFi certification shows that it can connect to an iOS device and meets certain performance standards from Apple. But the program has recently seen a number of new and unique products. For example, back at CES 2014, Haier announced that its Tianzun air conditioner line is the first appliance to receive MFi certification. With MFi certified products, consumers will be assured that their smart home devices will talk to each other and be controllable from an iOS device. That's at least a start. The program is rumored to be announced at WWDC, which kicks off on Monday, June 2 with a keynote address. As usual, AppAdvice will have all the news from the event. For other news today, see: Luggage Maker Samsonite Acquires Popular iOS Accessory Company Speck, Twitter's Crashlytics Launches A Beta App Distribution Tool For Developers, and More Disruption Ahead As T-Mobile Announces Uncarrier 5.0 Event. 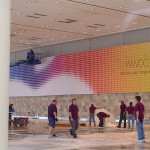 Banners For Apple's WWDC 2014 Begin To Appear At Moscone West
Nothing found :(
Try something else