NCFold is a recent addition to the Cydia Store that promises to make Notification Center “more simple and efficient,” according to the package’s developer.

It does this by grouping items in Notification Center (like Calendar items or iOS notifications) into separate folders, which can then be opened or folded up in order to provide users with a cleaner interface. Folder titles include a number which indicates how many alerts are contained, and they can be opened with a tap. From here, users can then touch an item in NCFold’s interface to open the alert in its respective iOS app.

Over in the Settings application, NCFold adds a new preferences pane complete with a number of options. You can of course enable or disable the jailbreak tweak outright, but it’s also possible for users to choose how content is displayed in the package: “Split Lines,” “Message Number of Title,” “Multi-Line Message Preview,” and “Recent Items Unlimit” are all available to toggle.

Better still, none of these options require users to respring their iOS device in order for changes to take effect.

As it comes, NCFold is a simple yet effective jailbreak tweak that can help clean up Notification Center. If you feel like the interface is often lost to a plethora of unread alerts, reminders, and messages, consider taking NCFold for a spin.

It can be downloaded for $1.00 on the Cydia Store, and it’s optimized for both iOS 7 and ARM64-devices (and is localized in English and Chinese).

See also: Cydia Tweak: How To Unlock Your iPhone By Sliding Up On The Lock Screen, Today’s Apps Gone Free: Futuridium EP, Moon, Look And More, and The AppAdvice Week In Review: Apple’s Victory Over Samsung, WWDC And More. 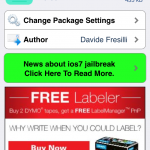 Cydia Tweak: How To Unlock Your iPhone By Sliding Up On The Lock Screen 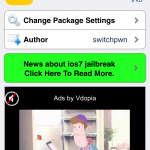 Cydia Tweak: KeyShortcut Brings Copy, Paste And Select All To The iOS Keyboard
Nothing found :(
Try something else