The prominent iOS hacker and future Apple employee @winocm has teased an iOS 7.1.1 jailbreak solution, and even notes that the jailbreak could be ported to newer iOS devices if someone was willing to “put in the effort.”

This latest indication that iOS 7.1.1 can indeed be jailbroken comes following a screenshot of a jailbroken iOS 7.1.1-powered iPhone 5c published by @i0n1c, another iOS hacker, which we told you about yesterday.

At the time, our article explained that @i0n1c was unlikely to turn his jailbreak into a public release – especially since iOS 8 is just around the corner – and the same can also be said of @winocm’s recently disclosed iOS 7.1.1 jailbreak.

In the description for a YouTube video (embedded below) she explained:

Oh yeah, this is iOS 7.1.1 untethered if you didn’t notice earlier. (iPhone 4 GSM though, don’t want to mess with any other devices that I have. Would work elsewhere … if you put in the effort. ジ)

It’s definitely promising that @winocm believes her method can be turned into a compatible solution for other devices, but at the same time, it seems unlikely that we’ll see an iOS 7.1.1 jailbreak surface in the near future. With WWDC set to kick-off on June 2, Apple is expected to release iOS 8 beta 1 for iOS developers in the near future; once this happens, work on an iOS 8 jailbreak can begin.

As noted above, @winocm is also expected to begin an internship at Apple at some point in the future, too, and as such her involvement with the jailbreak scene could wane as a result. The same happened with both Nicholas Allegra (@comex) and Peter Hajas in previous years.

We’ll keep you updated with further information concerning an iOS 7.1.1 jailbreak solution as we receive it.

In the meantime, see: Confirmed: AT&T To Purchase DirecTV For Almost $50 Billion, Dropbox Updates Mailbox With Support For Facebook’s App Links Initiative, and Facebook Is Once Again Designing An App To Compete Against Snapchat. 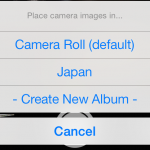 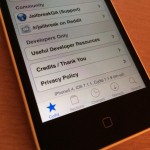 Can iOS 7.1.1 Be Jailbroken? Hacker Shows Off A New Solution
Nothing found :(
Try something else