Los Angeles Unified School District (LAUSD) placed a huge order for iPads last June in an attempt to better integrate technology within the classroom. After a number of problems, however, we’re now hearing that school district officials are considering deploying alternative devices – including rival tablets and even laptops.

The news comes in a recent report from the Los Angeles Times (via 9to5mac), which explains that Microsoft’s Surface tablet, several Windows-powered laptops, and even Google’s Chromebook will soon be tested by administrators, teachers, and students in the district “to determine whether they should be used going forward.”

Microsoft’s detachable keyboard, which is available with its Surface tablets, is hailed in the report as being a useful feature; students have found typing on the iPad’s touch screen to be troublesome at times, and as such some schools are leaning towards deploying laptops rather than either tablets or hybrid devices.

Students were more comfortable on the laptop because of the amount of writing and the size of the screen. It was really hard to see the whole problem on the iPad.

Though as you may remember, when LAUSD first deployed Apple’s iPads in schools students were also easily able to remove security filters in order to browse the Web and install iOS apps as they wished. “The district recalled the devices at several schools and some students never saw them again. Distribution of the devices quickly fell behind schedule,” the LA Times adds.

This is clearly a blow for Apple, which celebrated its $30 million LAUSD order back in June 2013 and has been attempting to increase its presence in the education sector recently. We’ll keep you updated with further information as we receive it. 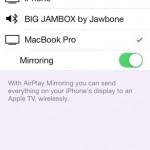 AirServer, The Desktop AirPlay Receiver, Gets A Big Update For Windows Users