You are using an outdated browser. Please upgrade your browser to improve your experience.
by Joe White
June 9, 2014
Cupertino has informed iOS developers that adjustments are to be made to App Store pricing in South Africa. The move comes in order to reflect the rate of Value Added Tax (VAT) in the country, which is presently charged at 14 percent. The change, first noticed by 9to5mac, is set to come into effect "within the next 24 hours," according to Apple's email (pictured above). Once altered, iOS developers will be able to check on the international pricing of their app -- or apps -- using Apple's Pricing Matrix at the "Rights and Pricing" section in the "Manage Your Apps" interface inside iTunes Connect. Though the App Store only is mentioned by Apple, as 9to5mac rightly notes it's likely the change will be reflected across the iTunes Store and iBookstore, too. Cupertino regularly adjusts App Store pricing in order to account for foreign economies: in 2012, Apple bumped up the base price in European App Stores from €0.79 to €0.89, and more recently we heard that App Store prices in Australia, India, Indonesia, and Turkey were also set to increase. It's not always bad news, though. While Britain saw its App Store base price increase by £0.10 in 2011, more recent concerns that tax changes in the country could see a further increase in App Store prices actually turned out to be false. Developers and South African iOS device owners, however, should indeed recognize a change in App Store prices in the near future (if they haven't already). See also: Take A Closer Look At Apple’s New ‘Time Lapse’ Camera Feature In iOS 8, Remember To Keep Count With The New Version Of Colorful Tally App Counters•, and Slow Shutter! Goes 2.0 With New Features For Better Long-Exposure Photography. 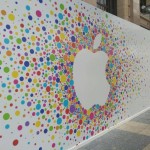