You are using an outdated browser. Please upgrade your browser to improve your experience.
by Brent Dirks
June 10, 2014
First rumored late last month, both ESPN Radio and a number of local NPR affiliates have arrived on Apple’s iTunes Radio service. AppleInsider first reported on the news. Listeners can access iTunes Radio through the Music app on their iOS devices or directly through iTunes on their Mac or PC. ESPN Radio features a number of popular sports-related programs including SportsCenter at Night, Mike & Mike, and The Herd. Soccer fans will also be able to hear all the World Cup action live-streamed on the station, which is definitely great news. The soccer tournament begins on Thursday, June 12. The national feed of NPR was added to the service earlier in the year. But now, listeners can select from a number of local stations like KQED in San Francisco and New York Public Radio. Along with local news, NPR features a number of popular programs like “All Things Considered.” NPR and ESPN Radio are the first terrestrial stations to appear on iTunes Radio. Officially launched last year, the service allows music lovers to create their own personalized stations from artists and songs they enjoy. For other recent news today, see: Apple's Meeting With The FDA Provides Further Evidence The 'iWatch' Is Coming, Sales Of Apple's iPhone Could Top 39 Million Units During The Quarter, and Apple's iOS 8 Also Features Hidden 'Alternate UI' Options For Fonts, UI Elements.

Apple Is Indeed Thinking Differently About Its Marketing Efforts 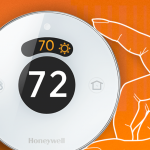 Honeywell's Lyric Smart Thermostat Uses Apple's HomeKit, To Compete With Nest
Nothing found :(
Try something else