You are using an outdated browser. Please upgrade your browser to improve your experience.
by Aldrin Calimlim
June 8, 2014
At present, Control Center customization, such as it is, is limited to toggling access on lock screen and access within apps only. But with the release of iOS 8 this fall, users may be given more, well, control as to which settings and shortcuts are included in Control Center. As noted by iDownloadBlog, iOS developer Hamza Sood has uncovered several hidden settings in the first beta of iOS 8 that allow for the enabling or disabling and reordering of Control Center toggles (see composite image above).

Internal builds of iOS 8 can add/remove and reorder control centre toggles. They're even scrollable pic.twitter.com/1usIAd8X5B

In addition, Sood posted a screenshot of an internal build of iOS 8 that suggests Apple may be working on adding support for lock screen extensions. Take a look:

I wonder if this means iOS might support lock screen extensions in the future pic.twitter.com/67QNZHiPmk

Note that these settings are hidden for a reason: they're there for testing purposes only. There's always the likelihood, then, that they won't be included in the official release of iOS 8. Around this time last year, Sood discovered hidden settings for iOS 7 that enabled app folders within folders, additional gestures, hiding built-in applications, LinkedIn integration, and more — none of which made it to the public release of the mobile operating system. To the developer's credit, though, Sood did discover some hidden code in a beta version of iOS 7 that hinted at the launch of Apple's Touch ID fingerprint-scanning feature. Only time — and Apple — will tell whether Sood's new discoveries will make it to the official version of iOS 8. See also: In iOS 8, Users Also Get Prompted When Apps Continue Monitoring Their Location, Yes, You Scan: Apple Adds Credit Card Scanning Feature To Safari In iOS 8, and First Look At Apple’s iOS 8 Messages App. 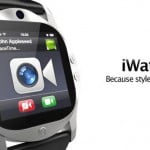