You are using an outdated browser. Please upgrade your browser to improve your experience.
by Joe White
June 5, 2014
During and shortly after the WWDC keynote we told you about Swift, Apple's new programming language that has been built from the ground up for iOS and OS X developers. Now, we've learned more information on the development and history of Swift from a member of Apple's Developer Tools department. The news comes from Chris Lattner, director of Apple's Developer Tools department, who recently updated his personal website with information on the Swift coding language (via TechCrunch). There, he notes that Swift has been four long years in the making: work began on the language back in July 2010 and at the time, Lattner worked on the project entirely by himself. He continues:

I implemented much of the basic language structure, with only a few people knowing of its existence. A few other (amazing) people started contributing in earnest late in 2011, and it became a major focus for the Apple Developer Tools group in July 2013.

He adds that inspiration is naturally drawn from the Objective-C language, along with "Rust, Haskell, Ruby, Python, C#, CLU, and far too many others to list." The interactive "Playgrounds" feature in Swift, however, has a specific goal, according to Lattner: "to make programming more interactive and approachable." It's influenced by Bret Victor's concepts, and also by the interactive LightTable programming environment that took to Kickstarter in 2012. Admirably, Lattner adds:

I hope that by making programming more approachable and fun, we'll appeal to the next generation of programmers and to help redefine how Computer Science is taught.

Developers have already enjoyed using Swift to meet their programming needs, and in particular, one savvy iOS dev even recreated the popular Flappy Bird game using the new coding language. For developers interested in learning more about Swift, Apple also released a 500-page Swift programming guide on the iBookstore, and this can be downloaded free of charge. See also: Sweet! My Little Pony - Friendship Is Magic Updated With New Zone Plus More Goodies, Unread RSS Reader Updated With Improvements, iPad Version Coming Soon, and Bloomberg Claims Sprint’s Acquisition Of T-Mobile Could Be Announced Soon. 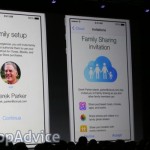 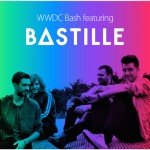 Apple's WWDC Bash To Feature Performance By 'Pompeii' Hitmaker Bastille
Nothing found :(
Try something else