As part of its sustained effort to power its business using renewable energy, Apple is planning on building a third solar farm alongside its Maiden, North Carolina-based data center.

The news comes from the Hickory Daily Record (via MacRumors), which explains that Apple has made an investment of some $55 million in the new solar farm and adds that the farm should generate around 17.5 megawatts of power for Cupertino.

In its report, the Hickory Daily Record explains:

Apple plans to have a grading permit submitted for the property by the end of the year, pending acquisition of the land and other terms of the development agreement. If everything else goes according to plan, the farm is projected to be completed within five years of the commencement date.

One of Apple’s three North Carolina-based solar farms is located on Cupertino’s data center venue. The news comes a few months after Apple confirmed its plans to expand its Maiden data center.

As noted above, we should learn more about Apple’s third North Carolina-based solar farm in the near future, so check back with us. 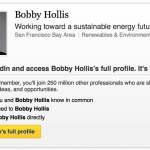 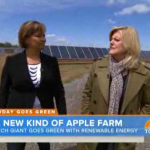 What Does The Inside Of Apple's North Carolina Data Center Look Like?
Nothing found :(
Try something else