Apple has given NBC’s “Today” show a rare look inside its North Carolina data center, focusing particularly on the data center’s pioneering use of renewable energy. NBC chief environmental correspondent Anne Thompson took a brief tour of the data center, and the footage (embedded below) definitely makes for interesting viewing.

As a reminder, Apple’s “totally green” North Carolina data center is confirmed to be expanding its premises, and was also the subject of praise from Greenpeace earlier this year. In the news segment, Thompson met up with Lisa Jackson, Apple’s vice president of Environmental Initiatives, and the pair discussed Cupertino’s use of renewable energy.

We think this is an opportunity for us and for our sector to leave it better than we find it, to actually help people convert to cleaner energy without even knowing they’re doing it.

On location at Maiden, N.C., NBC also got to take a look inside Apple’s data center. As a reminder, the data center goes towards powering Apple’s online services, including the likes of iCloud and Siri. Here’s the video:

Apple announced last year that its data centers are now runnning on 100 percent renewable energy, and the move came following heavy-handed criticism from Greenpeace the year before. Now, however, the environmental group is praising Apple, among others, for “building a greener Internet.”

Check out the above NBC report, or for more of our recent news, see: Californian Legislators Reject ‘Kill-Switch’ Bill For Smartphones, Updated eBay App For The iPhone Offers A Revamped Home Page And More, and Recharge An iPhone, Or Even A Dead Car Battery, With The JUMPR From JunoPower. 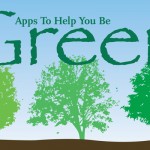 Get Eco-Friendly On Earth Day With These Green Apps

Apple Celebrates Earth Day 2014
Nothing found :(
Try something else