You are using an outdated browser. Please upgrade your browser to improve your experience.
by Brent Dirks
July 31, 2014
Apple’s own content delivery network, which was first reported on earlier this year, has gone live in the United States and Europe. That’s according to industry watcher Dan Rayburn from streamingmedia.com. Previously, Apple was completely dependent on other companies, like Akami and Level 3, to actually deliver content to customers. But as we explained back in May, Apple’s own CDN would allow fast and efficient distribution of things like software updates and iCloud services. And with two major software releases slated for this fall, iOS 8 and OS X Yosemite, Rayburn says Apple’s CDN has a massive capacity ready to go:

From ISPs I have spoken with, they tell me Apple has put a massive amount of capacity in place, with many saying that Apple has more than 10x the capacity they are using today, all ready to go. With Apple planning to release the beta version of their next desktop OS today, Yosemite (10.10), and with iOS 8 expected to come out this fall, Apple’s putting in place a lot of capacity to support upcoming software releases. Apple is still using Akamai and Level 3′s CDN services for iTunes (Akamai), Radio (Level 3) and app downloads, but over time, much of that traffic will be brought over to Apple’s CDN. It’s too early to know how much traffic will come over and when, but Apple’s already started using their own CDN much faster than I expected. The pace of their build out and amount of money they are spending on infrastructure is incredible. Based on my calculations, Apple has already put in place multiple terabits per second of capacity and by the end of this year, will have invested well more than $100M in their CDN build out.

The report also says Apple has interconnect deals with a number of big ISPs like Comcast. That means Apple is paying to get direct access to those networks. For other news today, see: Apple to soon offer iPhone 5s screen replacements, Muuzii partners with Deportes Media, helps Spanish language mobile users learn English, and Report: Apple's 'iPhone 6' to be released on Oct. 14. 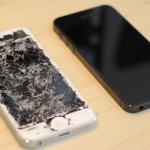 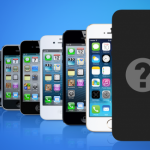 Report: Apple's 'iPhone 6' to be released on Oct. 14
Nothing found :(
Try something else