As first spotted by 9to5Mac, the Apple Events channel has reappeared on Apple TV with a confirmation that today’s Apple press event is going to be viewable live on the set-top box. Note that streaming via Apple TV requires second- or third-generation Apple TV with software 6.2 or later.

Apple announced last week that it would provide a live stream of the event on its website via Safari 5.1.10 or later on OS X 10.6.8 or later and Safari on iOS 6.0 or later.

Here’s hoping Apple’s live stream later will be much better than the live stream for Apple’s special media event last Sept. 9 for the iPhone 6, Apple Pay, and the Apple Watch.

Teased by Apple with the cryptic tagline, “It’s been way too long,” today’s event is expected to see the official unveiling of the iPad Air 2 and the iPad mini 3 along with the announcement of the official launch of OS X Yosemite and Apple Pay. New versions of the iMac and the Mac mini are also rumored to be introduced at the event.

In any case, stay tuned to AppAdvice, as well as Apple’s live stream, as we cover the event as it unfolds. 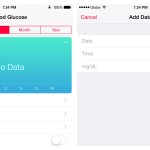 Apple Pay reportedly scheduled to be launched on Oct. 20
Nothing found :(
Try something else