You are using an outdated browser. Please upgrade your browser to improve your experience.
by Brent Dirks
October 15, 2014

To prepare for the Apple Watch’s arrival early next year, Apple Stores may soon stop selling the popular Fitbit line of activity trackers. That’s according to a new report from Re/Code.

The site’s sources were unable to determine why Apple is set to make the change, but it could also involve HealthKit.

Earlier this month, Fitbit told customers that it has no current plans to integrate with Apple’s new Health app in iOS 8. A number of other fitness accessory makers like Withings, Jawbone, and more have released apps compatible with the health information database.

But Fitbit is currently a market leader, with around 70 percent of sales in the category.

The Charge looks to be a updated version of the Force, which was voluntarily pulled from the market earlier this year due to skin irritation concerns. The Charge HR’s standout feature seems to be continuous heart rate monitoring, which would be a first for any Fitbit device.

It will be interesting to see if Apple does indeed pull Fitbit products from its retail stores while still offering devices from other manufacturers.

For other recent news today, see: Cutting the cord: HBO to offer a standalone streaming service in 2015, Apple’s ‘iPad Air 2′ to have limited initial availability, Retina iMac to ship by year’s end, and Is Apple set to surprise us with another ‘one more thing’? 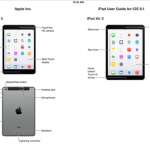 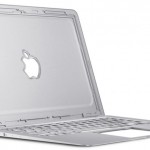 Is Apple set to surprise us with another ‘one more thing’?
Nothing found :(
Try something else