Walking Dead: The Game – Season 2 has just gone free for the first time on the App Store.

Normally priced at $4.99, the sequel to the original Walking Dead: The Game was offered as IGN’s Free Game of the Month last August via App Store promo codes. But now, it’s been listed as free to download from the App Store, no promo codes required.

It’s unclear if the game’s being free is for a limited time only or for good. Either way, act now if you haven’t played and experienced what has been hailed as one of the best games of the year.

Note that the the initial download of Walking Dead: The Game – Season 2 already includes the first episode, titled “All That Remains.” The succeeding episodes — “A House Divided,” “In Harm’s Way,” “Amid the Ruins,” and “No Going Back” — are available via in-app purchase for $4.99 individually or for $14.99 collectively.

Walking Dead: The Game – Season 2 is developed by Telltale, the acclaimed studio behind The Wolf Among Us and the upcoming episodic graphic adventure game adaptation of HBO’s “Game of Thrones.”

As it happens, Telltale has just teased the first episode of the six-episode Game of Thrones game. According to the developer, the premiere episode, titled “Iron from Ice,” is set to be released along with the game itself “soon.” 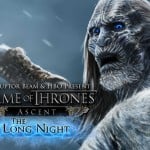 It's going to be a Long Night as Game of Thrones Ascent for iOS gets its first expansion
Nothing found :(
Try something else