This is according to Variety, which reports that Winslet is “in negotiations” for the key part in the long-awaited movie about the late Apple cofounder and CEO. “Given the pedigree of the pic, it’s no surprise Winslet was drawn to the role,” the entertainment-trade magazine notes. “She’s already garnered six Oscar nominations and one win for best actress for her performance in ‘The Reader.’”

Natalie Portman, another Oscar best actress winner (for “Black Swan”), was previously rumored to have been offered the role of either Lisa Brennan-Jobs, Jobs’ first child and daughter of his longtime partner Chrisann Brennan, or Joanna Hoffman, the chief marketing person of Apple’s original Mac team. But she ultimately declined.

As it happens, Portman starred in “No Strings Attached” opposite Ashton Kutcher, who portrayed Jobs in last year’s critically panned “Jobs,” while Winslet starred in “Titanic” with Leonardo DiCaprio, who was initially reported to play the central character in the upcoming Jobs biopic.

For the yet untitled film, Michael Fassbender is attached to portray Jobs and Seth Rogen, Jeff Daniels, and Michael Stuhlbarg have also been reported to have joined the cast as Apple cofounder Steve Wozniak, former Apple CEO John Sculley, and former Apple employee Andy Hertzfeld, respectively.

The film is written by “The Social Network” scribe Aaron Sorkin and based on the authorized “Steve Jobs” biography by Walter Isaacson. Universal, which took over the project after it was dropped by Sony last month, is set to start shooting the film next year, with “Slumdog Millionaire” director Danny Boyle at the helm. 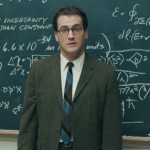 Steve Jobs' deposition video in iPod antitrust trial won't be made public after all
Nothing found :(
Try something else