You are using an outdated browser. Please upgrade your browser to improve your experience.
Apple in the Court Room
by Aldrin Calimlim
January 16, 2015

Apple and three other big Silicon Valley firms have agreed to settle an anti-poaching class action lawsuit to the tune of $415 million.

Filed in 2011, the suit accused Apple, Google, Intel, and Adobe of conspiring to not poach one another’s employees, thereby crippling tech workers’ mobility and ability to secure higher salaries from their current and prospective employers.

Last year, U.S. District Judge Lucy Koh in San Jose, California, rejected a proposed $324.5 million settlement of the lawsuit for falling “below the range of reasonableness.”

But a couple of days ago, it was reported that the four companies had reached a new deal to end the suit with its plaintiffs for a then undisclosed amount.

Now, as reported by Reuters, the settlement price has been confirmed to be $90.5 million more than the previously rejected deal amount.

The case was based largely on email exchanges among key people from competing companies, including the late Apple cofounder and CEO Steve Jobs, who was apparently the mastermind of the anti-poaching arrangements. 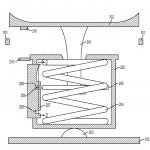 More RAM and a much different display could greet ‘iPhone 6s’ buyers
Nothing found :(
Try something else