You are using an outdated browser. Please upgrade your browser to improve your experience.
Connected Theater
by Joe White
April 7, 2015

At long last, the entire “Star Wars” series has plotted a course and is en route to the iTunes Store in high definition (HD) for the first time ever. It’s expected to dock this coming Friday, and once available, iTunes users will be able to pick up a complete package, “Star Wars: The Digital Movie Collection,” for the handsome sum, it seems, of $119.99.

Sure, this figure might be around one third of the cost of an Apple Watch Sport (which, we might add, also goes on sale this Friday), but the new Star Wars digital collection offers fans of George Lucas’s movies more than just the movies themselves. In a recently published post at StarWars.com, Disney explains:

Enhancing the movie collection are a host of never-before-seen special features including Star Wars: Discoveries from Inside and insightful Conversations between key contributors from across this celebrated film franchise, plus a curated collection of classic Star Wars extras from each film.

Indeed, in the post Disney outlines the special features which are available with each individual title in the “Star Wars” series, and the list is comprehensive.

The boon here, however, is also the added benefit of being able to enjoy the “Star Wars” movies anywhere, on an iOS device. The post adds that “Star Wars” fans will indeed “have the Rebel forces at their beck and call across their favorite devices anywhere – sunbathing at the beach, relaxing in their living room with friends, or waiting to board a flight to Endor (or elsewhere).”

Of course, the news comes some months ahead of the brand new movie in the “Star Wars” series, “The Force Awakens.” This J.J. Abrams-directed picture is expected to reach theaters in December 2015, and the first trailer for the film made its worldwide debut inside Apple’s free Trailers iOS app. As such, the incoming “Star Wars” digital collection offers the perfect solution for fans looking to prepare for the new movie.

Besides the complete collection, Disney is also planning on offering individual titles in the series for $19.99 apiece come Friday. Indeed, this is the same day Cupertino’s Apple Watch becomes available to order, and preorders for the device are scheduled to begin at 12:01 a.m. PDT. 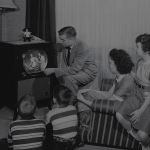 Wattmo helps you find great movies and TV shows
Nothing found :(
Try something else