You are using an outdated browser. Please upgrade your browser to improve your experience.
Ads, Ads & More Ads
by Brent Dirks
August 4, 2015

If you’re not a fan of advertisements in your Instagram feed, we’ve got some bad news for you. The photo sharing social network, owned by Facebook, has just launched a new ad API that will more easily allow companies to produce campaigns and buy ads on the network.

Even though ads have been a part of the Instagram experience since late 2013, Instagram required interested advertisers to go through one of its sales staff. That usually limited the ads to big-name companies with more than enough cash to spend.

But its new API will, not surprisingly, be similar to Facebook and allow pretty much anyone to clog your feed with a worthless photo or even video.

Thankfully, according to VentureBeat, Instagram has currently only given API access to Salesforce’s Marketing Cloud, Brand Networks, Hootsuite, SocialCode, Nanigans, Unified, and Ampush. But I suspect that will change in due time, and not for the better.

With an audience of more than 300 million, and growing by the day, I’m not surprised to see Facebook continue the advertising charge. Hopefully the ramp up won’t be rushed.

So far, at least for me, the ads haven’t seemed annoying or heavy handed. But taking Instagram somewhat out of the equation could change that.

The Instagram app is designed for the iPhone/iPod touch and can be downloaded now on the App Store for free.

For other news today, see: Take one down and pass it around with Flaviar, Immerse yourself in nature with the upcoming Barmark, and Taylor Swift talks about her letter to Apple in a new interview. 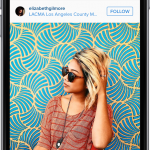 Explore even more in real-time with Instagram
Nothing found :(
Try something else