You are using an outdated browser. Please upgrade your browser to improve your experience.
App-dicted
by Brent Dirks
December 7, 2015

In somewhat of a surprise, cloud storage company Dropbox announced that it is shutting down its Mailbox and Carousel apps.

Mailbox, which focused on email management, will disappear on Feb. 26, 2016 while the photo app Carousel will ride off into the sunset on March 31 next year.

Dropbox, in a blog post today, said that it will increase its focus on improving collaboration:

Building new products is about learning as much as it’s about making. It’s also about tough choices. Over the past few months, we’ve increased our team’s focus on collaboration and simplifying the way people work together. In light of that, we’ve made the difficult decision to shut down Carousel and Mailbox.

Arriving on the scene in early 2013, Mailbox offered a number of innovative features to help deal with the deluge of email. Dropbox scooped up the company in March of that year. But development of the app had apparently stalled while other competitors like Microsoft Outlook, Inbox by Gmail, and Spark sported similar features.

The last major revision of Mailbox landed in April 2014 and the most recent update was in July.

Carousel was unveiled in early 2014 and positioned as a complete photo management solution. But much like with Mailbox, other solutions like Apple Photos and Google Photos seemed to offer a more complete feature set.

Current Carousel users will be able to view and share their photos through the main Dropbox app after the shutdown. The company is also promising that other features from Carousel will eventually transition over to the main app.

Will you miss Carousel or Mailbox? While I think both offered some great features, they’ve easily been surpassed by other apps.

Inbox by Gmail - a new email app that works for you
Google, Inc.
Free 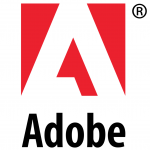 Adobe's Revel, formerly Carousel, will soon be no more 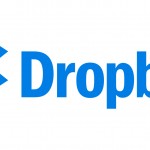 Save PDF versions of websites to your Dropbox with a new update
Nothing found :(
Try something else