You are using an outdated browser. Please upgrade your browser to improve your experience.
Pocket Gaming
by Aldrin Calimlim
December 2, 2015

In holiday seasons past, the seasonal edition of Rovio’s hugely popular Angry Birds physics-based puzzle game has featured such holiday-themed episodes as “Wreck the Halls,” “Winter Wonderham,” and “On Finn Ice.”

A new level every day

Now, Angry Birds Seasons is presenting a new episode called “Ski or Squeal” featuring 25 new skiing-themed, 80s-inspired levels. Being an Advent calendar episode, “Ski or Squeal” sees the release of new levels one by one, with a new level unlocked every day beginning today, Dec. 1, and concluding on Christmas Day, Dec. 25.

“Ring in the holidays – angry style, with an all new Advent calendar episode full of awesome levels,” Rovio notes. “Open a little gift from Angry Birds every day and count down the days until Christmas!”

Here’s what you can expect to unwrap in “Ski or Squeal”:

Get into the holiday season

The new “Ski or Squeal” episode comes to Angry Birds Seasons through the game’s latest update, which also brings Christmas hats and some minor improvements.

To further get you in the mood for the holidays, Rovio has also just released a video featuring the Hatchlings from “The Angry Birds Movie,” which is set to hit theaters in May 2016, and their cutely chaotic rendition of “Deck the Halls.” Enjoy: 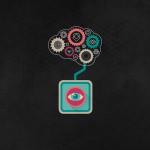 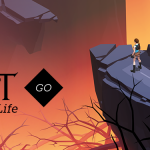